Michael T. Figueroa is a Chicagoland-based artist, US Army Veteran, and owner of FIGsigARTS who is versed in an array of different mediums having earned a Bachelor of Fine Arts Degree from the American Academy of Art with a major in Illustration and an extensive background in graphic design, including creating business identities, logos, signs, storefronts, and vehicle wraps, along with mural paintings. In addition, he has been tattooing professionally since 2006. Michael has been featured in publications such as Tattoo You Magazine, Skin Mag, Pain Magazine, Kane

In 2021 Michael graduated with Bachelors in graphic design  from Judson University, Elgin, Illinois. Michael left a everlasting impression at Judson because the university's campus is covered in a redesigned Judson Eagle's athletic department logo that he created. The new Eagles logo gives Judson University the edge to be bold and proud  competively in NAIA Chicagoland Collegiate Athletic Conference (CCAC) since 1996. 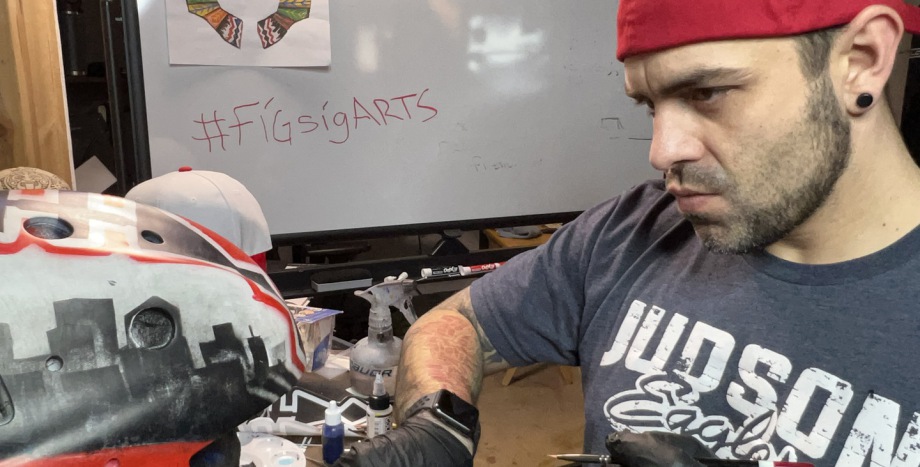