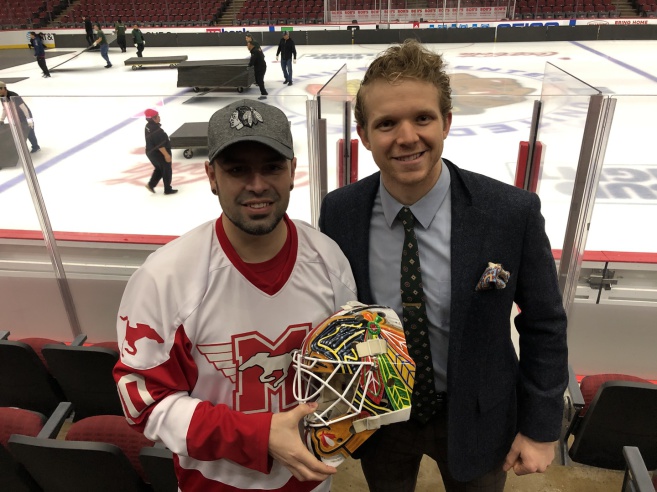 How tattooing opened the door into painting goalie masks

I started painting goalie masks in 2015 after befriending and tattooing Stanley Cup Champion Scott Darling of the Chicago Blackhawks. Scott gave me an opportunity of a lifetime by letting me paint him a custom mask that he only wore once during a warm-up in the 2016 season. That mask went up for a charity auction for the Explores Program of Chicago and raised over $5,000. Ever since that moment, I made it my mission to have one of my masks to be played in an actual NHL game on NHL ice. A few years later, my mission became a proven success when Chicago Blackhawks goalie Collin Delia took the ice on December 21, 2018, in Colorado versus the Avalanche. Watching Delia wearing my artwork on the TV in the basement where I painted his mask was a full-circle experience, and it felt good inside.

A major thank you to Collin, of course! Mikey, the GateKeeper Jeff Oz, Nick Delia, and Don Carlson for his fantastic action shots of the Kid!